Start With The Vision 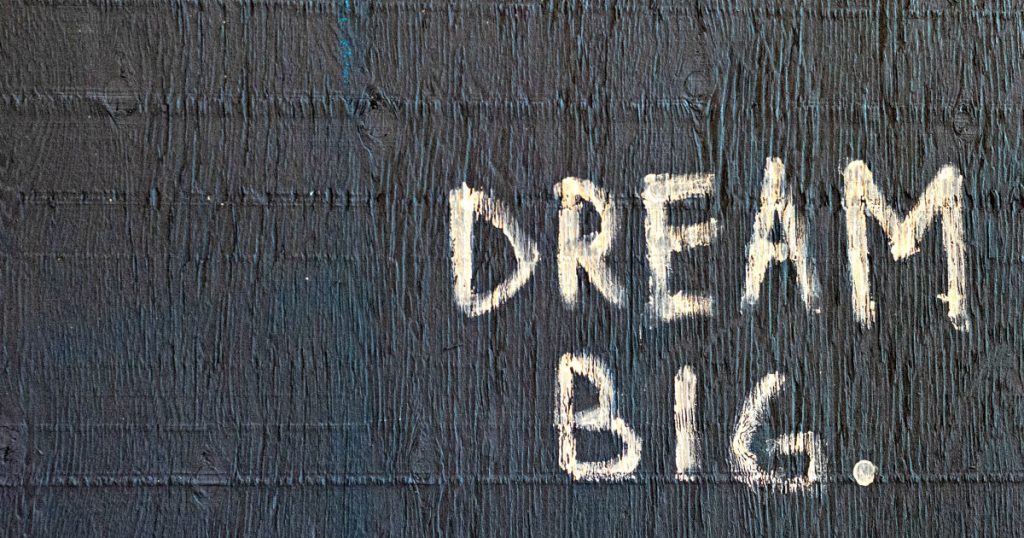 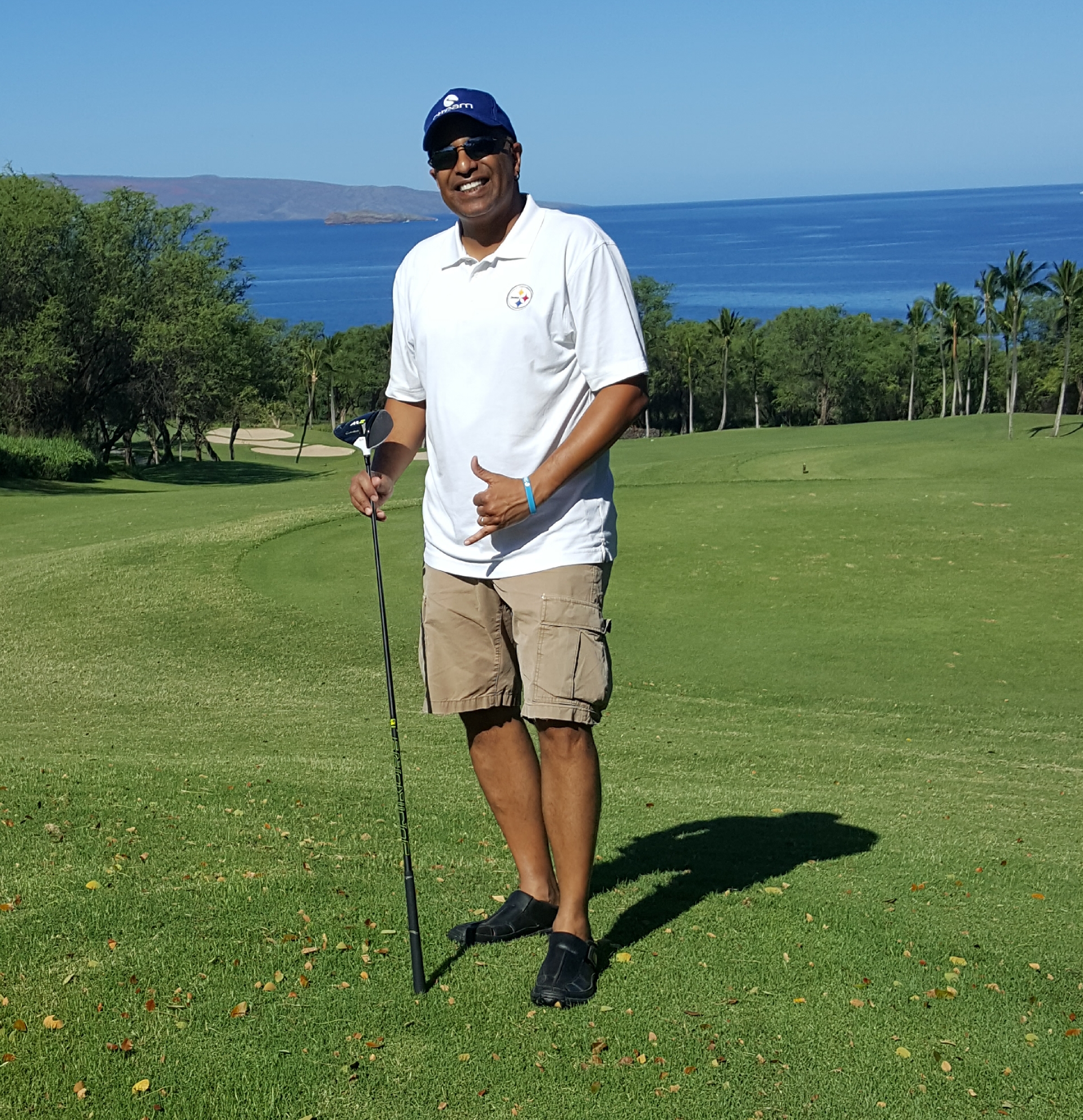 Vision is seeing the future as you want it to be. Visionaries have a knack for seeing possibilities that are hidden from others and believe it is inevitable that the vision will be realized. This belief puts them in action. You need enough imagination to recognize advantageous opportunities. Having a vision provides the intended purpose and direction for an organization or an individual. Your vision will help you develop your objectives and guide the choices you make during your journey. Therefore, companies must have a grand vision. Non-profit organizations must have a strong vision. And, for your own personal development, you need to have a vision – what you see for your own world that you are creating.

In one of my much-loved parables described in The Story Factor by Annette Simmons, a traveler in medieval times comes upon a stonemason at work. He asks, “What are you doing?” The man looks weary and unhappy. He responds, “Can’t you see I am cutting and laying down stone? My back is killing me, and I can’t wait to stop.”

The traveler continues on his way and comes upon a second stonemason. “What are you doing?” he asks. “I’m building a wall,” says the stonemason. “I’m grateful to have this work so I can support my family,” he enthused.

As the traveler walks on, he encounters a third stonemason who seems to be doing exactly the same work as the previous two. He asks the third man, “What are you doing?” The man stands up straight, with a radiant face. He looks up at the sky and spreads his arms wide. “I am building a cathedral,” he answers. His struggle had meaning.

As a practical matter, the three workers are basically doing the same work – laying the stones for a structure. However, the story they tell themselves and the traveler about their labor shapes how they feel, and most likely, the quality of their work. The first man had a job, the second man had a career, while the third man had a vision.

A strong vision can produce and sustain passion. A powerful vision can give you the energy to continue when obstacles present themselves. And if you passionately believe in your vision, you can rally others around it and get them to commit to it.

A classic example is a speech by U.S president, John F. Kennedy, in 1961, where he said, “I believe that this nation should commit itself to achieving the goal, before this decade is out, of landing a man on the moon and returning him safely to the earth.”

And in a subsequent speech, Kennedy said, “But why, some say, the moon? Why choose this as our goal? And they may well ask why climb the highest mountain? Why, 35 years ago, fly the Atlantic? Why does Rice play Texas? We choose to go to the moon in this decade and do the other things, not because they are easy, but because they are hard, because that goal will serve to organize and measure the best of our energies and skills, because that challenge is one that we are willing to accept, one we are unwilling to postpone, and one which we intend to win, and the others, too.”

Kennedy’s statements had everything anyone needs when crafting a vision for themselves or for their organization – Kennedy’s vision answered the questions of who, what, when, where, and why. All that was left for the scientists at NASA was to figure out the how of getting the moonshot done.

A subsequent story tells of Kennedy visiting the NASA Space Center in Houston. President Kennedy, apparently, took a wrong turn and ended up in a hallway.

There, Kennedy noticed a janitor carrying a broom. Kennedy said, “Hi, I’m Jack Kennedy. What are you doing?” The janitor replied: “Well, Mr. President, I’m helping to put a man on the moon.”

This worker had embraced the vision. He was not just a janitor cleaning a building; he was assisting as history was being made. Imagine how the janitor must have felt in July 1969 when Apollo 11 astronaut, Neil Armstrong, made ‘one giant leap for mankind’, and then subsequently returned safely to earth.

It does not matter how significant or tiny your current role may be; you are adding to the larger narrative evolving within your company, your team, your community, your family, and your life. Yes, the janitor got it. He fully understood the vision, his part in it, and he had a purpose.

I am elated to be a Servant Leader who knows, goes, and shows the way, and because of this I am very wealthy for life.

I’m the founder of Alpha Multimedia. We provide technology enabled communications and content across all types of media for small and midsize businesses (SMB), non-profits, schools, universities, and authors/publishers.  I have published several articles and I've been featured frequently on the radio and television. With Alpha Multimedia, you'll get the marketing results that matter. Read more

The Art of Setting S.M.A.R.T. Goals

Read More
Education is the Passport to the Future 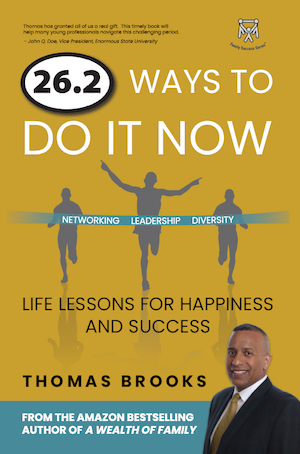 Download a FREE Excerpt from
26.2 WAYS TO DO IT NOW
Chapter 9 - Your Network is your Net Worth...

The Art of Setting S.M.A.R.T. Goals

Advance your Career or Entrepreneurial Dreams

Chapter 9 - Your Network is your Net Worth

Please log in again. The login page will open in a new tab. After logging in you can close it and return to this page.